Which Appliances Need More Care and Why?

> Blog > Articles > Which Appliances Need More Care and Why?

We are tied to home appliances for better and for worse! Right? Some people would disagree. And they would be right. We don’t marry appliances for life – although we would really love to!

Get your tissues out! New appliances break down easier

The fact is that new appliances break down easier than the older ones. When you start calling your local tech for washer repair again and again, you simply wonder why did you ever decide to toss the old and reliable washing machine, which only broke down a couple of times in a period of twenty years.

Let us quickly say that nowadays the materials used for the construction of appliances are not as sturdy as before. Manufacturers often rely on stockholders and so profit becomes their number one criterion for appliance making, not to mention high competition, which puts a pressure on companies to constantly launch new products. So, our very first conclusion is simple: with such shortcuts and a focus on the company’s interests, the interests of the consumer go out of the window since there is a negative impact on quality. Thus, all appliances break down easier. That’s why we all need frequent appliances service.

All the same, some appliances seem to break down easier and faster than others. And there is a reason for that. 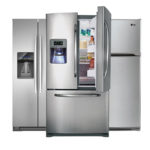 Refrigeration units break down fast because they work non-stop, are hardly maintained, and even the tiniest complication will cause a serious problem. Take the door gasket, for example. A small problem with it will bring the energy bills up and compromise food preservation. And this brings us to another reason why these appliances are so important and thus deserve our attention and in turn fridge service so that they won’t break down. It has to do with our health, period!

There is a reason why dishwasher maintenance is required annually. These appliances are often used at least once a day. And it’s not just that! Since they operate with water and there is high moisture inside, some of its parts might corrode. Now, even if you don’t use the appliance for long periods of time, there will still be a problem with salt concentrated in the tubes. The seal of the door will also dry out and might crack causing a leak. What we can do wrong (on the expense of our appliance) is to overload it. The dishes won’t be washed well and if glass breaks, it might cause damage. 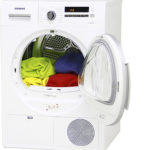 Washers have many things to do. From filling with water to washing, spinning, and draining, they are responsible for multiple tasks (often drying too). So, if any of the parts responsible for each task breaks down, the appliance is rendered useless. Don’t forget that they must also shut air tight for the avoidance of leaks so any problem with the door gasket will be nightmarish. But keep in mind that some washer problems are caused by us. That’s when we overload it or use poor quality detergents. 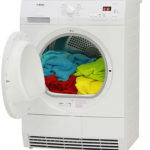 Your top load dryer is not a complex appliance. But problems as simple as accumulated lint might start a fire. Okay, this might be a bit overstretched but the idea is to point out the importance of keeping the dryer in good condition. With the vents clogged, air flow will be restricted and this will have an effect on the appliance.

No need to cry over spilled milk though

The bottom line is…

…that some problems might be attributed to the poor quality of the appliances. Other problems have to do with the way we use them. The bottom line is appliance parts wear. Some appliances break down faster. But we can maintain. And one more thing. With the first problem causing a headache, call your tech for appliance repair service. Instead of pointing fingers or looking back on the old days, it’s better to deal with reality. And don’t forget that our reality is that we use appliances much more than our granny did.